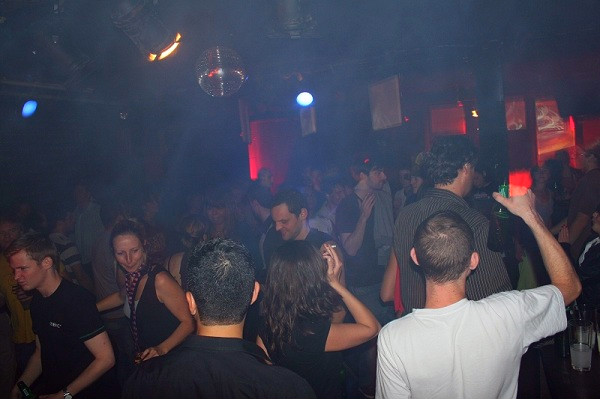 Berlin is a city where you can pretty much see everything. Not only, but especially true for nightlife and restaurants. From dark techno shed until revamped bigwigs Club, from the kebab shop on the Warsaw to haute cuisine, anything goes. And the so-drenched Berlin quickly broken anything more from the stool, who wants to assert itself as a restaurateur here, not only needs a damn thick skin, but also damn good ideas. In order not to become one of the stores that opened with great fanfare, only to suffer from lack of visitors, and to make after two months coyly tight again, many operators come up with some.

For a few years, for example, more and more restaurateurs follow the concept of offering fine dining along with events and club operations. One of the best examples of how this works, if no mess, but stock response is Spindler & Klatt in the Kopenickerstrasse, directly at the river Spree: Here, this mix is just offered, and we stock response tidy.

The location on the river, with a terrace overlooking the Warsaw bridge could already be in itself a guarantee of success, but that's not done: The spacious interiors are stylish and very chic, designed, you realize that this emphasis on the details. The design is homogeneous and modern, but does not pretentious or cold. This is mainly due the fact is responsible for ensuring that wood is used and the light installations just right.

Keyword Wood: The establishment of Spindler & Klatt has deliberately an Asian touch. This impression is indeed broken again as aware, for example, by massive silver candlesticks, but is not to be overlooked. Exactly this match with different styles makes the class of the interior. The mixture of Zen aesthetics and European sense of style then reflected in the dishes: Here is a very modern cuisine that combines the best ideas of European and Asian cuisines. You get a Pho, as well as hip lamb with mashed potatoes (Simplified said that the preparation is fancier, it should be clear). From Thursday to Saturday Japanese show kitchen is announced, there's sashimi and Thunfischcarpacchio. On top there is a barbecue, prepared on which such tidbits as Dry Aged Beef. The whole thing is not cheap, it should not be - plated however, prices are not. A reservation is actually wise, the store is popular.

And not only with people who want to eat: Spindler & Klatt After all, this is also lounge and club (apart from the fact that it can be rented for events, of which large companies also make use). The operation of the club is determined by weekly events, there are usually what Housiges on the ears, but there are also other events, for example in the field of R & B and hip-hop instead. The current program can always view on the homepage. So if, for example, for a weekend in Berlin or even wants to try something new, which can be an entire evening staying here: first dinner on the terrace Spree, then have a drink or two, then dancing at the club. The concept works.

Deals for Restaurants in Berlin can be found here!